One night Bill and I decided to eat at Sushi Samurai (1/16-30 Bunn St, Pyrmont) since we always pass the place. We were lucky we went pretty early without a booking because during our meal we realised it was packed and there were a few groups of 5 or more. It's seems to be VERY popular, the restaurant comfortably fits 20 or so people and has a few tables outdoors but we noticed some groups waiting outside (not sure if they were waiting for their takeaway orders).

Honestly, I can be a Japanese restaurant snob, so it was reassuring and left me extremely happy to know the kitchen staff and floor staff were all Japanese. We received a small plate of Gobou to nibble on while we went through the menu. We tried to keep our dinner simple and everything was really quite good. Started off with a Sanma fish dish and ordered a sashimi set purely because it was called Samurai 7. The Samurai 7 was a set of 7 sake glasses with two pieces of sashimi each - perfect for us - and each piece was topped off with a special sauce to compliment the sashimi (reminded me of Yoshii's sushi). We also had a sushi plate which had the RIGHT amount of wasabi so you got a bit of a kick... but a good zing. Dessert was abit of a let down though, we ordered a Green Tea Tiramisu but they use the term tiramisu lightly because it really was just a green tea sponge cake with mousse :(  But anyhoo, we'll still go back...I want to go back and try the Pork Belly Peking Duck Style too... sounds interesting and I spied another table eating it :)

I wasn't overly satisfied with my dessert... it's so important to have a good dessert because it's probably the last thing you taste... so we finished the night off with some Azuma Patisserie goodies. 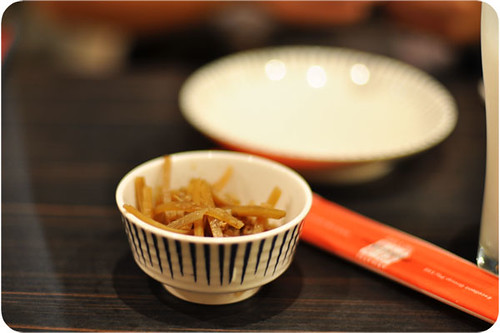 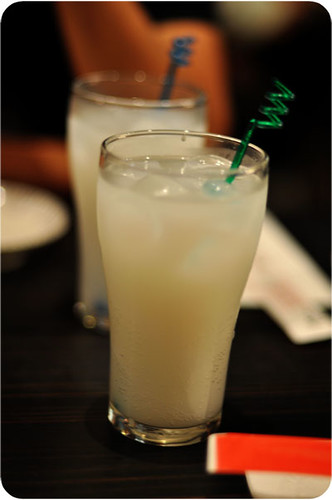 Calpis Chuhai
Bill was totally red faced and flirty with the waitress after one of these... *shakes head* 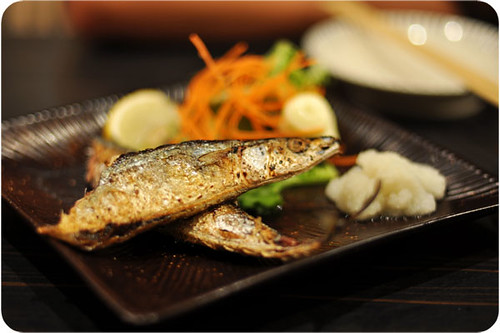 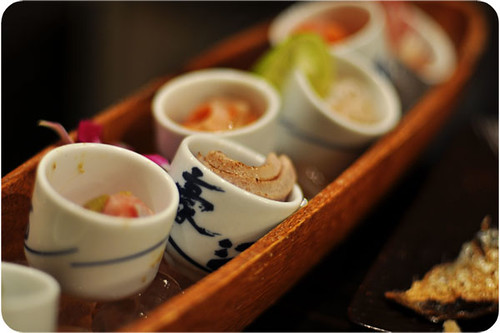 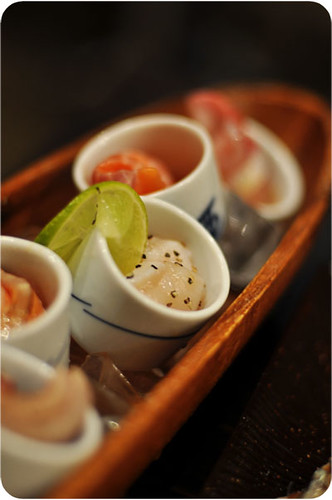 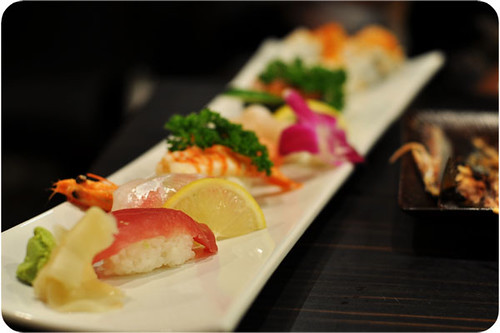 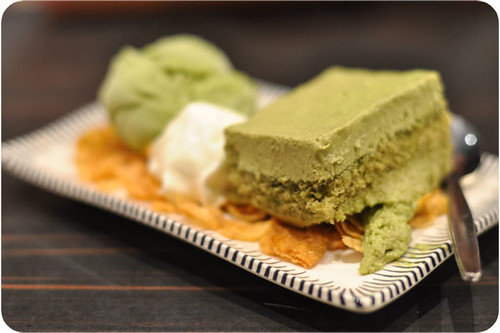 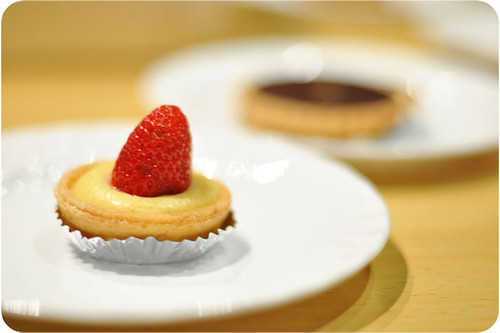 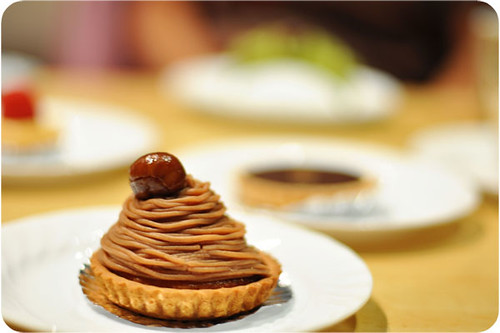 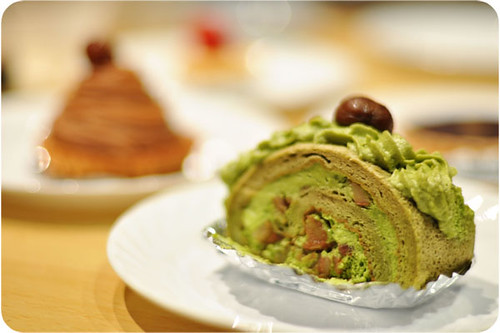